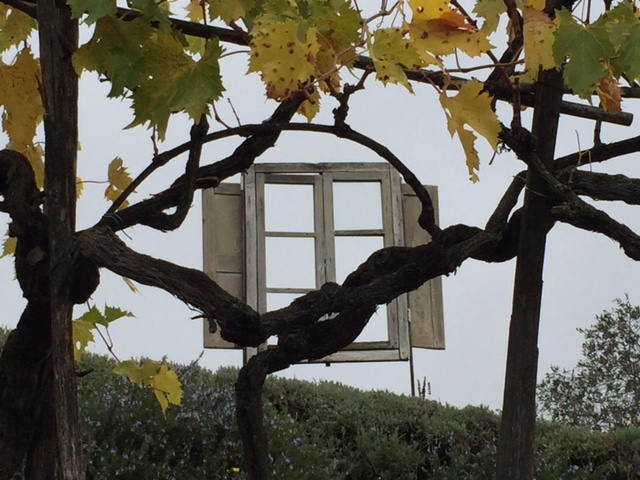 Lorenzo’s Window on the World.

“Look deep into nature, and then you will understand everything better.”- Albert Einstein

In early November, Tuscany softly began ushering in the winter season by offering residents a steady combination of sunny and milder temperatures. By the end of November, her patience, had given way and howling winds circled our Casale’s hilltop position like a pack of hungry Volpe (wolves).

Our solid chestnut shutters, shook hard, as the winds blew in quickly from the north, leaving us wondering what all the fuss was about.

Heavy rains battered the Villa Arceno Estate ensuring the soil received enough moisture for the barren vines and olive trees to survive the impending winter. The rains and cooling temperatures made it difficult for the olive harvesters trying to finish this year’s harvest as they moved quickly with their billowing nets and crates throughout the local olive groves of the Felsina and Tenuta di Arceno Wineries.

Mother Nature was in a hurry, her house needed to be cleaned before the festive season began.

The remaining beautiful red and rust leaves anointing the vines made valiant efforts to hang on, but their delicate tendrils gave way to the winds as they floated to the ground knowing their days were numbered.

The ochre coloured fields were tilled and finally taking a well-earned rest following a difficult and dry harvest season. 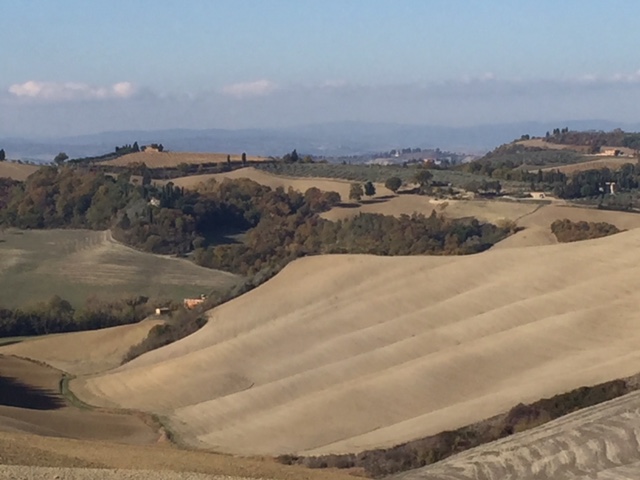 “Take rest; a field that has rested gives a beautiful crop.” – Ovid

The abundant porcini fungi (mushrooms) and prized pungent white truffles could be found at the outdoor markets and on menus of the local Osteria’s in Castelnuovo Berardenga, Villa a Sesta, San Gusme, Montebenichi and Colonna di Grillo.

They starred as “special ingredients” in the fabulous Tuscan food on salads, pizza and in cheeses, meats and homemade pasta. 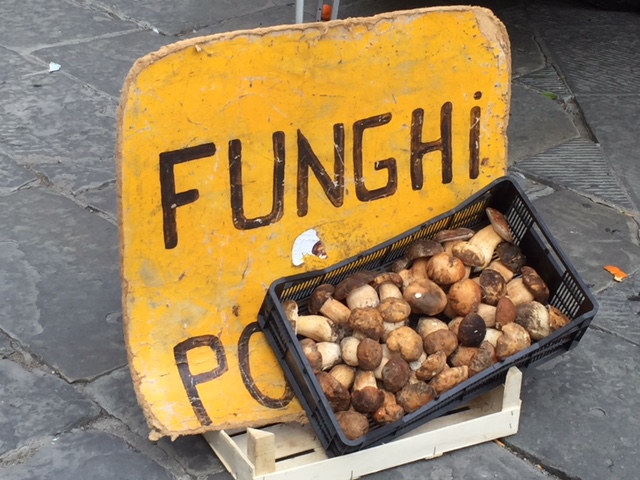 Local festivals celebrated their unique flavours, which found them showcased in honey, cheeses, meats and preserves which were stacked high in the sellers stalls. The buyers dodging elbows as they lined up for a prized truffle, with euro’s in  outstretched hands, each leaving with a satisfied expression.

The Persimmons grew on the local trees with wild abandon as the lavender and aging vines provided beauty with their blue and lavender pops of colour. 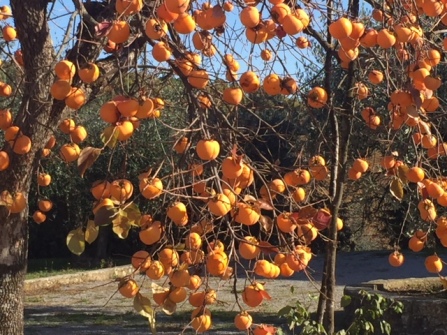 Now in December, the skies were dotted with white feather plumes from the billowing smoke. The Tuscan countryside had mounds of olive branches which were felled during the olive harvest. The branches needed to be burned and the smell of burning olive wood and chestnut wood from local chimneys, hung heavy in the air.

Sergio brought in our firewood, “essiccato per due stagioni ” (dried for two seasons) he said, as he and my husband neatly piled the wood by the chestnut doors. The wood burned without a hiss that night, as it contentedly cracked and popped in our fireplace, while we had a glass of vino rosso (or two) from the La Lama Winery.

Sergio had removed the geraniums although they were still blooming, they had begun to take their last breaths as the bright pink Mandeville vines outside the front door were closing shop for the season.

The tenacious  honey bees continued their daily feast on the rosemary which hung with abandon over the stone wall by the pool. Some say the stone walls are Etruscan built.

The wisteria on the property had taken a long pause and the blackened bean pods hung in silence as the beautiful pods felt like velvet fabric to the touch. 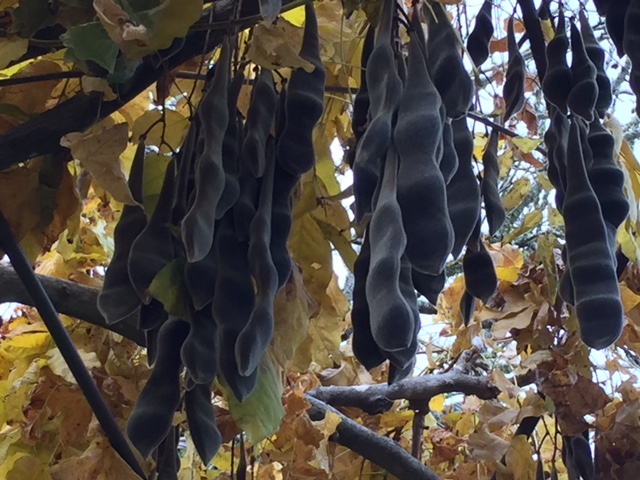 The nights began to hold a chill despite the imaginary warmth cast by the abundant stars overhead. The changing temperatures sending the Tuscans in search of their scarves and heavier coats. Their necks were adorned with stylishly tied scarves in an effort to ward off any winter illness; protecting their throats against “colpo d’aria” or by “getting hit by air”. Tuscans tightened their scarves around their necks, protecting themselves against the fluctuations in temperature.

As the magic of Decembre (December) was blanketing the Tuscan landscape, we were preparing to leave for Christmas with family and friends in Canada. I planned to enjoy the slight frost on the Tuscan landscape and the views of the snow on the distant mountain peaks until it was time to say good bye.

“The whole life of a man is but a point in time; let us enjoy it.”- Plutarch

One thought on “Tuscany bids farewell to Fall and welcomes Winter”